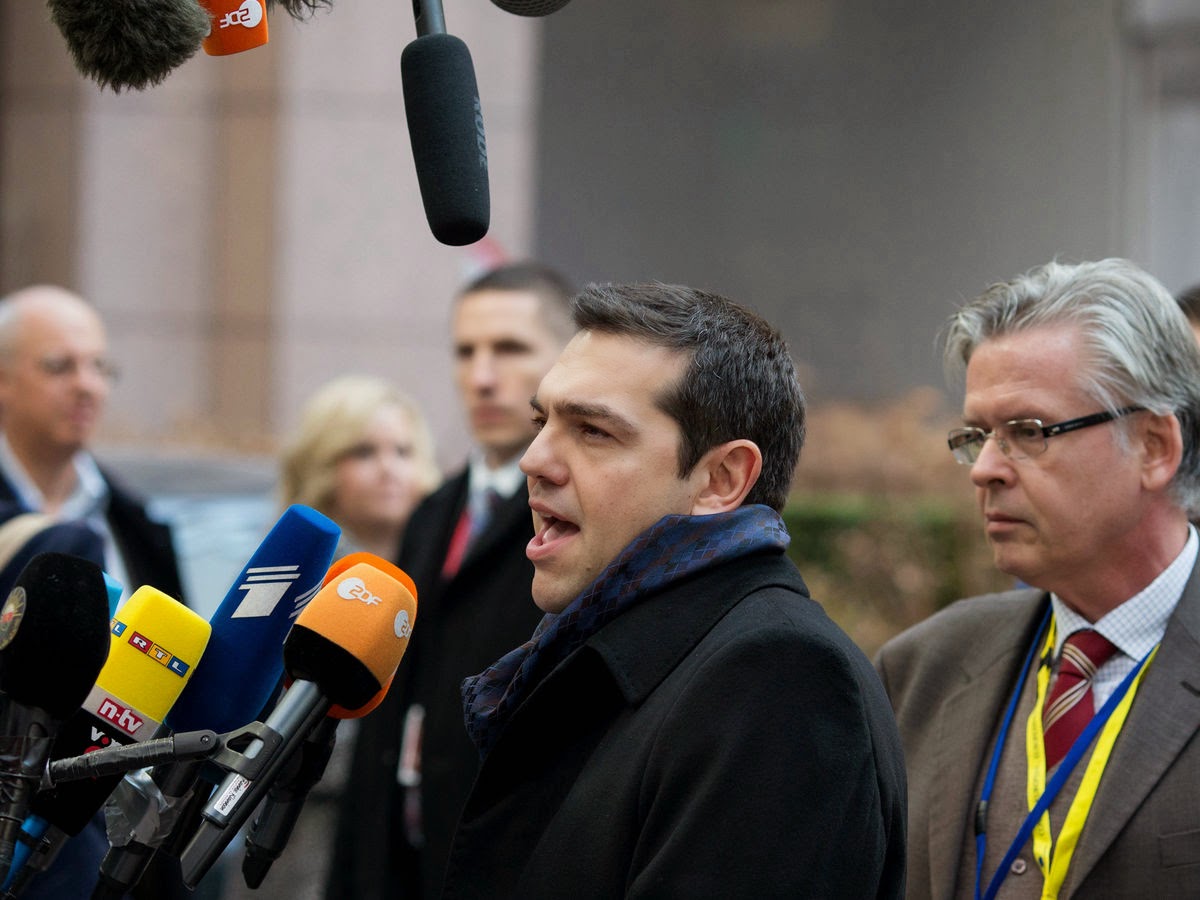 Erik Nielsen likes to spend Sunday mornings ruminating over the world economy at a cafe near his west London home.

Finding his favored Caffe Nero too crowded on Mother’s Day, the chief global economist of UniCredit Bank AG beat a retreat to his own study. From there, he also changed direction on Greece.

“I am throwing in the towel,” Nielsen wrote in his “Sunday Wrap” report. “If they don’t want to play by the rules (and the past weeks give me little hope,) they should get ready to leave!”

“And please appreciate what a difficult conclusion that is to draw for a deeply committed European like myself,” said Nielsen, who previously worked at the International Monetary Fund and Goldman Sachs Group Inc.

The reason? Greek Prime Minister Alexis Tsipras’s call last week that Germany pay World War II reparations shows things have gone “plain nuts” in Athens. That, combined with what he called “blatant hypocrisy” and ignorance of the constraints facing the European Central Bank, shows all the parties need to brace for Greece’s exit from the euro.

More
Posted by Yulie Foka-Kavalieraki at 11:56 AM