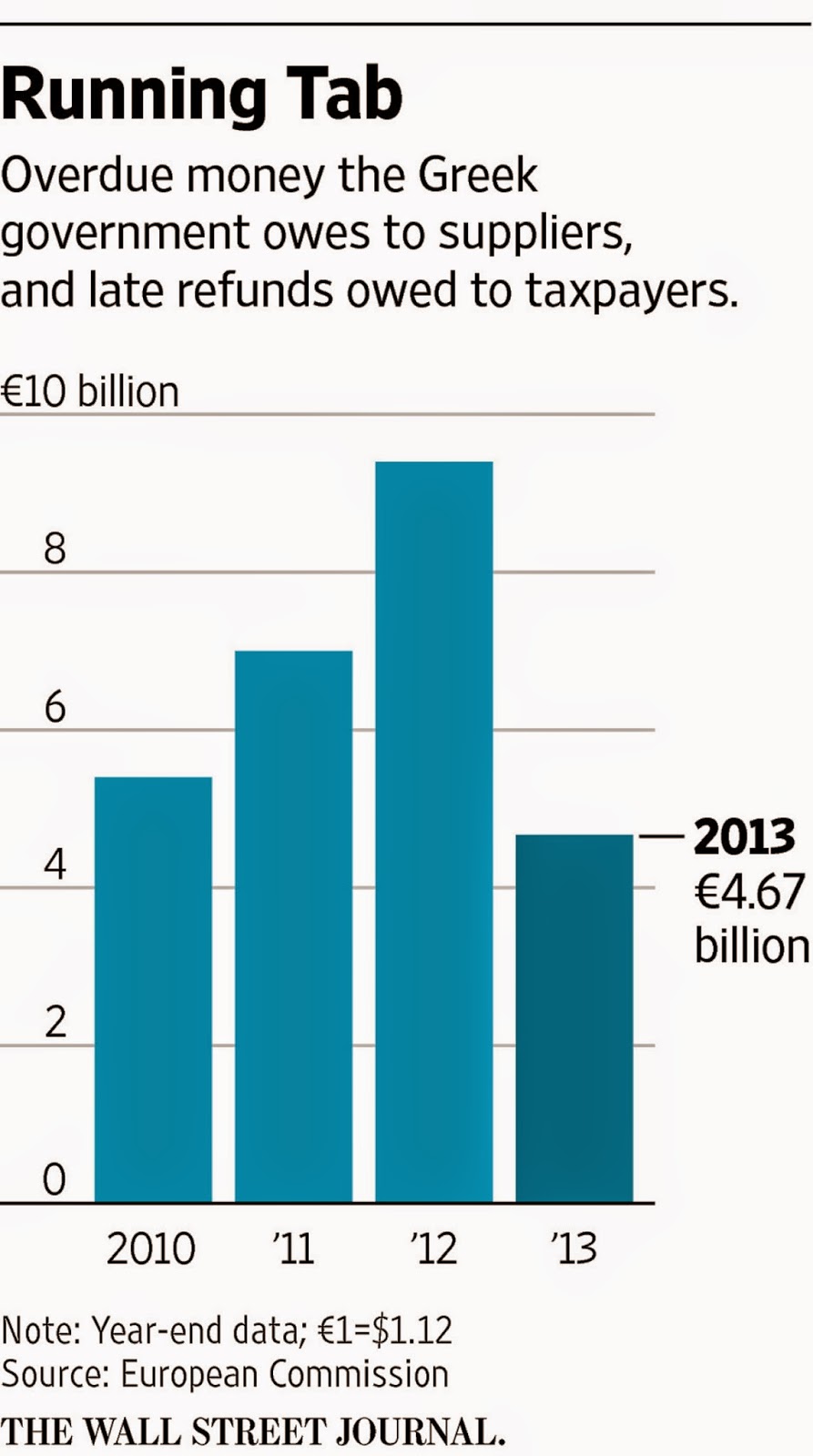 Greece faces a cash crunch in the coming weeks with little hope of financial help soon from the rest of the eurozone, threatening a serious blow to the country’s fragile economy.

Though the Greek government secured an extension of its bailout program last week, that doesn’t give Athens access to cash pledged to it from the eurozone and the International Monetary Fund. To unlock that money, it will need to agree on a revised program of austerity measures and economic overhauls with its creditors, and pass them into law.

That process is likely to take months of fraught negotiations—but Greece doesn’t have that kind of time. It must repay the IMF €1.5 billion ($1.7 billion) in March alone, with the first installment of nearly €300 million due on Friday.

Caught between dwindling tax receipts and requirements to repay debt soon to the IMF, Athens could face trouble paying its bills before the end of March, eurozone officials say.

Posted by Yulie Foka-Kavalieraki at 11:42 PM