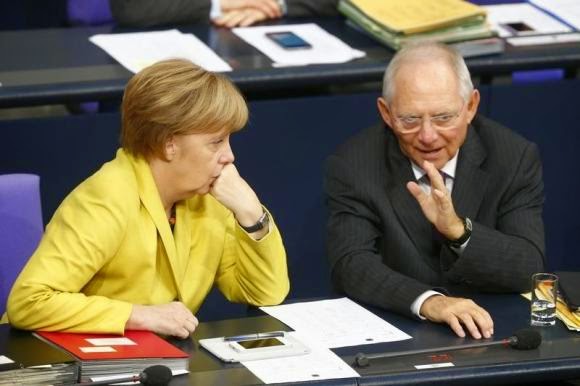 German Chancellor Angela Merkel narrowly averted a far bigger rebellion last month on Greece's bailout extension among her conservatives, many more of whom would have voted 'Nein' but for her finance minister's powers of persuasion, lawmakers said.

Germany's parliament voted on Feb. 27 to extend Greece's bailout by four months, but a record number of conservative dissenters were not convinced that Athens would deliver the economic reforms it has promised.

One senior conservative told Reuters that Merkel's Bavarian allies, the Christian Social Union (CSU), "would have unanimously voted 'No'" had Wolfgang Schaeuble not solicited support during a personal appearance two days before the vote.