French EU Commissioner Moscovici: 'A Grexit Would Be a Catastrophe' 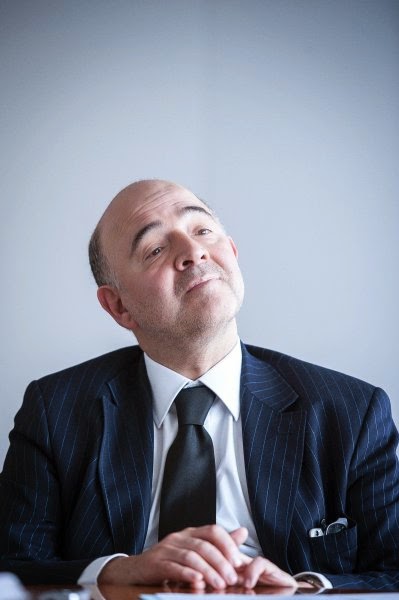 In an interview, EU currency commissioner Pierre Moscovici, 57, discusses efforts in Brussels to ensure that Greece remains in the euro zone and why he believes a Greek exit would be a disaster for Europe.

SPIEGEL: Mr. Moscovici, why should anyone believe that you, as the EU currency commissioner, will push through the euro stability criteria? During the entire time you served as finance minister in Paris, the French budget deficit was always over the permitted 3 percent.

Moscovici: Between 2012, when I entered office as finance minister, and 2013, France reduced its budget deficit from around 5 percent of gross domestic product to 4.1 percent despite a difficult economic situation. But I am not sitting in front of you as the French finance minister, but rather as the EU currency commissioner. In this function, I represent the interests of the European Union. I make decisions that must be approved by the entire College of Commissioners and are based on set rules. My political past doesn't play any role.

SPIEGEL: In the debt negotiations with Greece, you have tended to be lenient. You followed a weak line despite the fact that the euro-zone member states are liable for the money that has been lent. Why?

Moscovici: The Commission negotiated as an honest broker! After all, all of us in Europe are in agreement that a Grexit would be a catastrophe -- for the Greek economy but also for the entire euro zone. There's more to it than just a common exchange rate zone -- it's a currency union. If a country leaves this union, the market will immediately wonder what country will come next, and that could be the beginning of the end.