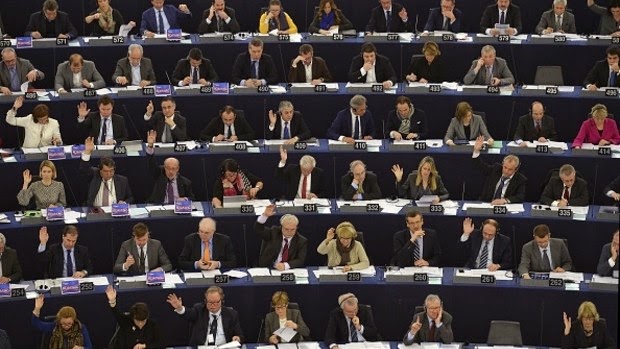 This week, the European Central Bank started buying bonds under its new quantitative-easing program. Last Thursday, its president, Mario Draghi, declared that a stronger euro-area recovery had begun even before the QE policy was actually under way. January's announcement that QE was coming had been enough, he said, to lift spirits and get the economy moving.

Draghi could plausibly claim to be the most important policy maker in Europe. And if you believe in democracy, that's a problem. The U.S. Federal Reserve has a lot of operational independence, but it's accountable to America's voters through its obligation to report to Congress; more than that, it feels and must respond to the pressure of U.S. public opinion. The ECB's connection to citizens of euro-area countries is far more distant.

Its standing is quintessentially European -- and an illuminating aspect of Europe's much-noted "democratic deficit." This wider lack of democratic accountability, together with the economic stress induced by the euro system, could eventually destroy the entire European project.