Endgame: Power Struggle in Brussels and Berlin over Fate of Greece 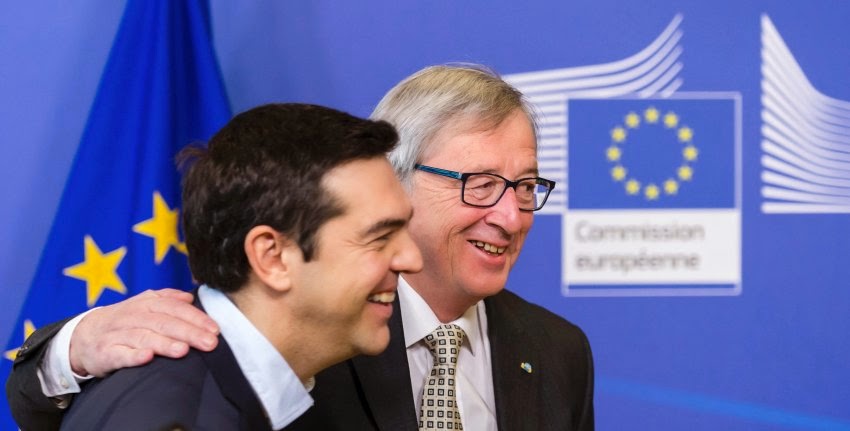 European Commission President Juncker wants to keep Greece in the euro zone, no matter what the price. Member states, though, are beginning to lose their patience. Who will ultimately have the final say?

Jean-Claude Juncker understands the importance of symbols in politics. When he became president of the European Commission last fall, he surprised the political powers that be in Brussels with a mini-coup. One of the privileges reserved for the new head of the European Union executive is that of promoting a close confidant to be his spokesman. After all, the position of spokesman is crucial for ensuring that the Commission president is seen in a positive light.

But Juncker tapped a man named Margaritis Schinas, a 52-year-old lawyer from Thessaloniki who had until that moment been just another in the unremarkable army of bureaucrats that walk the Commission halls in Brussels. Even today, Schinas remains astonished at his huge promotion. What made him, a rather reserved bureaucrat, qualified to explain the daily work of the Commission to journalists from around Europe and the world? But for Juncker, the gesture was the important thing. He wanted to show that oft-reviled Greece was a crucial part of the European Union.

It was a farsighted decision, that much can be said today. In Brussels, the endgame over Greece's continued euro-zone membership has begun. Greek Prime Minister Alexis Tsipras is trapped between his campaign promise to put an end to EU-imposed austerity and his rapidly emptying state coffers. Meanwhile, his government's tone has become increasingly shrill. Most recently, Justice Minister Nikos Paraskevopoulos threatened to auction off the Goethe Institute in Athens in accordance with his government's demands for World War II reparations from Germany. And this Thursday, the Greek government lodged an official complaint with Berlin, accusing Finance Minister Wolfgang Schäuble of insulting his Greek counterpart.