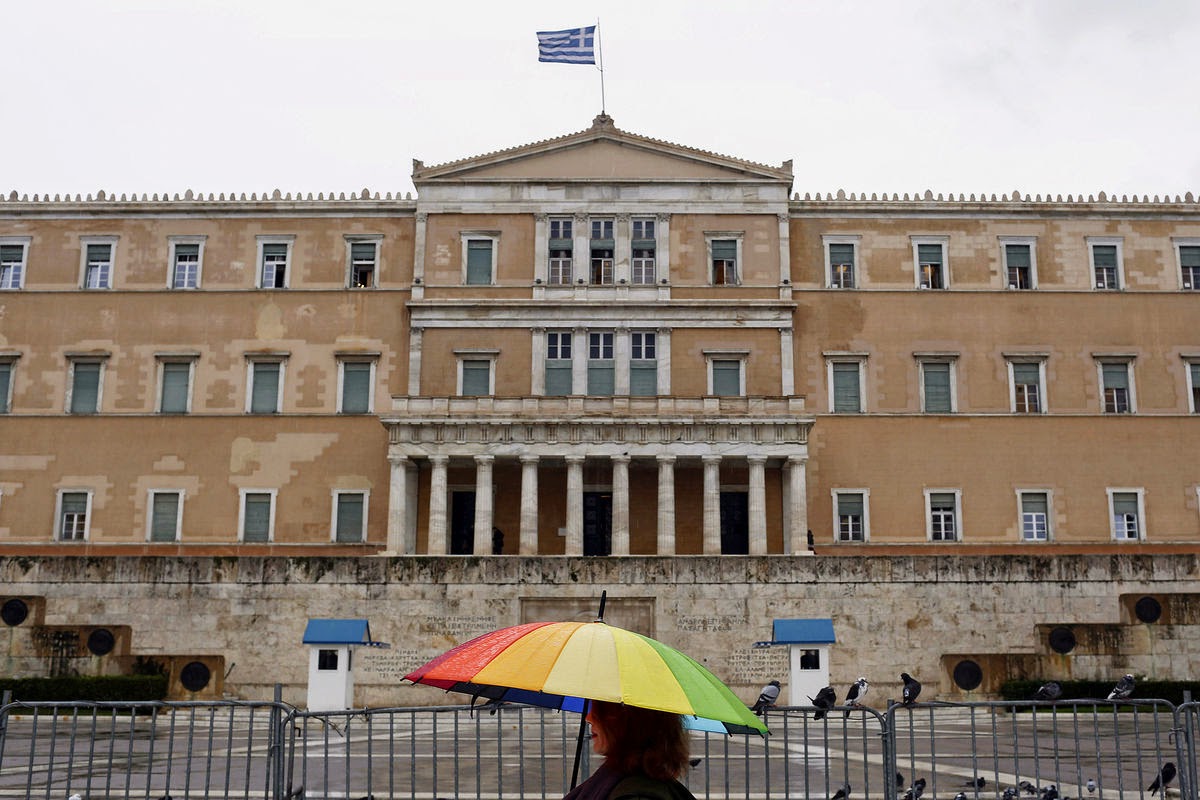 European Central Bank President Mario Draghi told Greek officials they face a critical situation and must let euro-area representatives return to Athens if they are ever going to obtain more aid, according to two European officials.

Draghi told Greek Finance Minister Yanis Varoufakis at a meeting on Monday in Brussels the government’s books needed to be examined to determine its financing shortfall, said the people, who asked not to be named because the conversation was private. Representatives from the European Commission and International Monetary Fund had a similar message, one of the officials said.

Greece agreed to allow experts representing the commission, ECB and IMF to start work in Athens on Wednesday, the Netherlands’s Jeroen Dijsselbloem said, after chairing the meeting of euro-region finance ministers.

More
Posted by Yulie Foka-Kavalieraki at 12:29 AM