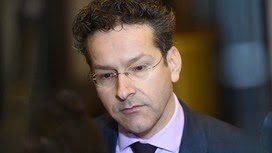 Greek companies and households pulled €7.6bn out of their bank accounts during the government’s standoff with its international bailout creditors in February, driving deposits down to €140.5bn — the lowest level in 10 years.

Although the withdrawals were lower than in January, the €20.4bn pulled out over the two months shows how close Greece came to a full-scale bank run before Athens reached agreement with eurozone authorities to extend its €172bn bailout into June.

The two-month total, reported by the Bank of Greece on Thursday, is even larger than the €15.9bn withdrawn by companies and households in May and June 2012, when back-to-back Greek elections led eurozone officials to prepare actively for a Greek exit from the single currency.

Originally, Greece’s EU rescue programme was due to expire at the end of February. Repeated failures by the new Greek government to reach agreement with eurozone creditors led to a rapid speeding up of capital flight. Officials said that in the days before an extension deal was reached, almost €800m was being withdrawn from Greek banks every day.

Jeroen Dijsselbloem, the Dutch finance minister who led eurozone negotiations with Athens, told the Financial Times last month that the massive withdrawals were the primary force pushing the Greek government towards an extension deal.