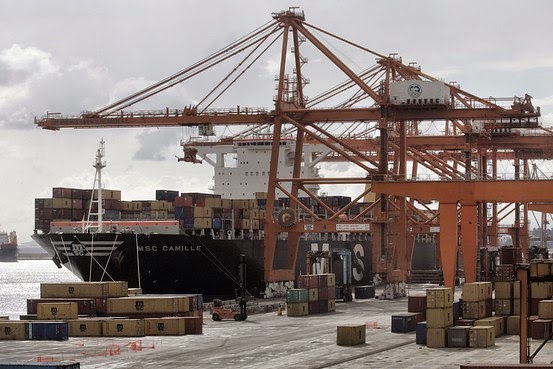 One of the remarkable facts of Greece’s economic crisis is this: After a 25% contraction in the economy, a plunge in domestic consumption and a sharp decline in imports, Greece is still exporting less than it imports; the current account is still negative (see note below).

That basically means the Greek economy still consumes more than it earns. Without a large current-account surplus, the Greek government and Greek companies will have big problems repaying the debt owed to creditors throughout the eurozone and at the International Monetary Fund.

Why haven’t those surpluses materialized? One reason was the sheer size of Greece’s current-account deficit: It peaked at 16.5% of gross domestic product in 2008. Without the ability to devalue its currency within the eurozone, erasing that deficit through cuts in relative wages and prices was always going to be a long and grueling process.

And the other reason is shipping. We’ll get to that farther down.

Wages across the Greek economy have fallen sharply, but Greece’s performance in the export of goods and services has been among the weakest in the eurozone over the last seven years: 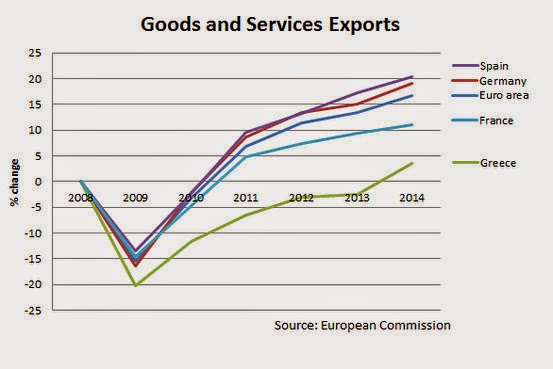