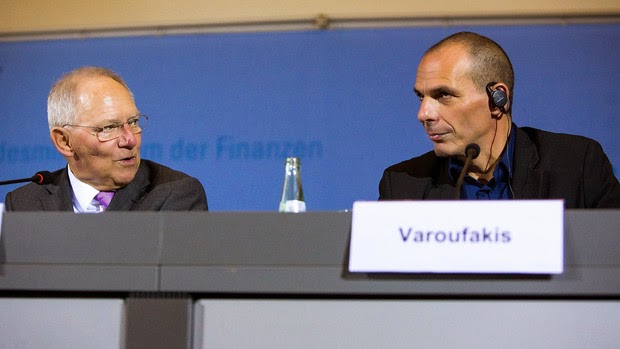 Two taboos about Greece's future as a member of the euro club were broken this week when the German finance minister all but invited Greece to return to the drachma and the Dutch finance minister floated a temporary ban on Greeks' taking their money out of the country.

Suggestions that some German officials are less than enthusiastic about Greece remaining in the euro and that capital controls are possible aren't all that surprising. Nevertheless, the openness with which they were discussed shows the lack of progress the newly elected government has made in reaching agreement with the nation's creditors. Greece's financial future looks increasingly perilous.

The bond vigilantes are giving Greece a huge vote of no confidence, doubling the country's 10-year yield in the past six months and driving its three-year borrowing cost to a frankly unsustainable 23 percent. At that level, investors are signaling genuine concern that the country won't be able to pay its debts and can't retain its membership in the single-currency club: 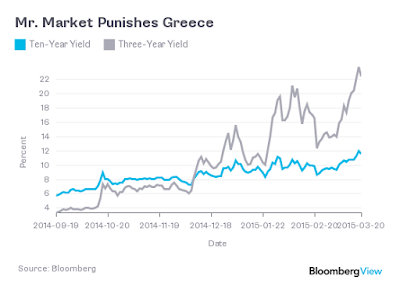