Biggest threat to the euro? The clowns who run Greece 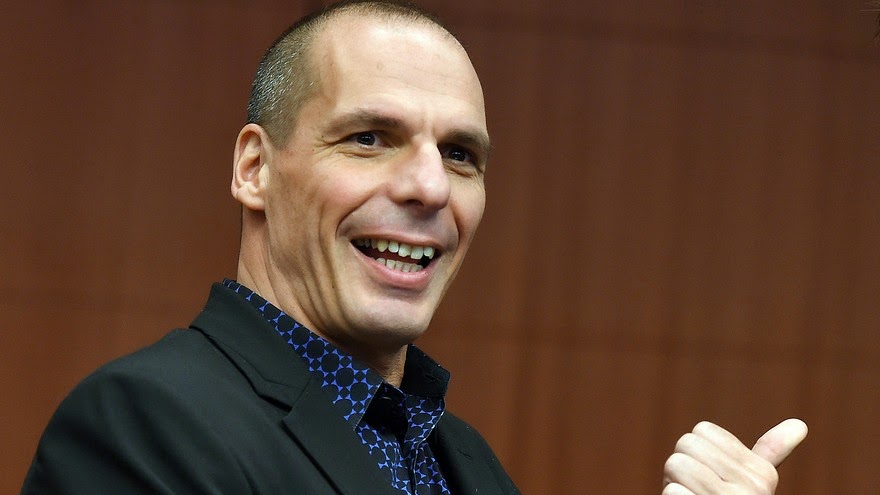 A finance minister who poses for spreads in Paris Match, while he is not blogging or tweeting. A prime minister who angrily demands reparations for Nazi crimes, and taunts the Germans for their past. The double act of the two men in charge of the Greek economy, Yanis Varoufakis and Alexis Tsipras, has been keeping the world’s media entertained. Anyone who follows them on Twitter will have enjoyed the controversy they stir up.

But, amusing as they might be, you wouldn’t want them to hold the stability of the global financial system in their hands. Unfortunately, that is what is happening. There are signs that the eurozone economy is starting to recover, and the launch of quantitative easing by the European Central Bank will give that some added momentum.

More
Posted by Yulie Foka-Kavalieraki at 10:06 AM