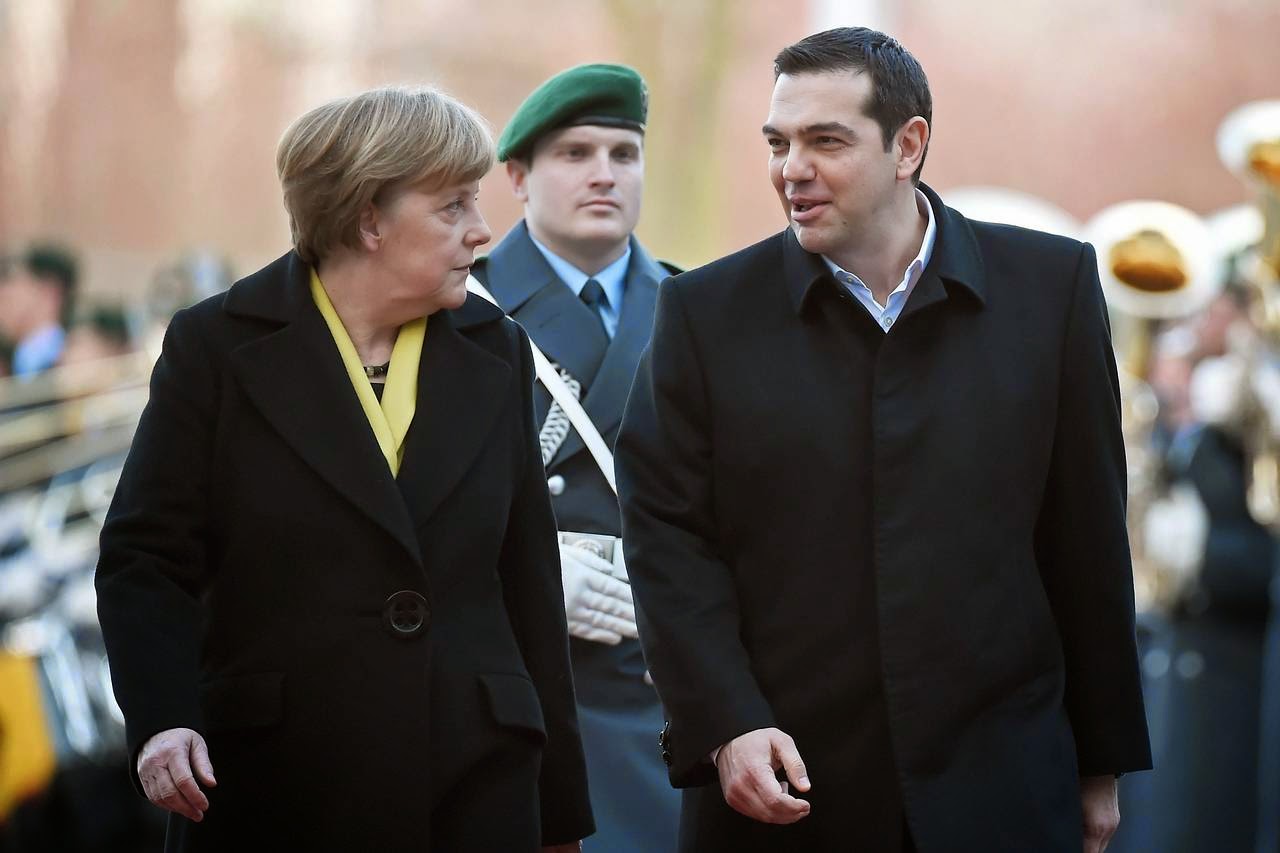 The leaders of Germany and Greece sought to use their first bilateral meeting on Monday to defuse political tensions that have threatened negotiations over how to keep Greece afloat.

German Chancellor Angela Merkel and Greek Prime Minister Alexis Tsipras pledged to work together to help resolve Greece’s financing crisis, dialing down the heated tone that relations between Athens and Berlin have taken on since the new left-wing government took power in Athens.

Still, the two leaders appeared to make little progress on substance during the Greek premier’s closely watched visit to Berlin. Mr. Tsipras insisted there was a political solution to the dispute that has pitted his government against its eurozone partners over the terms of Greece’s bailout. Ms. Merkel, meanwhile, repeated her mantra that the issue was for the region’s finance ministers to discuss in separate talks.