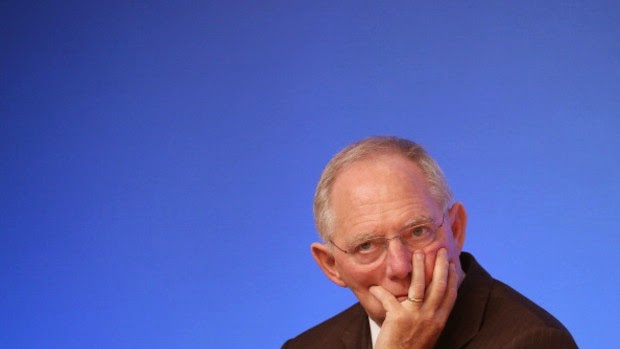 The optics of today's events in Europe, admittedly, were bad. Greece seems to have come crawling to its creditors asking for an extension of its current bailout -- something it has resisted doing for weeks -- only for Germany to arrogantly dismiss the request.

From the German point of view, however, that's not what happened at all. Berlin believes Greece's radical leftist government is trying to weasel out of the bailout program by asking for an extension of just one of the legal documents that frame it, instead of the whole package. As far as German Finance Minister Wolfgang Schaeuble is concerned, this isn't a real compromise. And he has a point.

Here's what the letter Greece sent today to the group of finance ministers of euro area countries says:


In this context, the Greek authorities are now applying for the extension of the Master Financial Assistance Facility Agreement for a period of six months from its termination during which period we shall proceed jointly, and making best use of given flexibility in the current arrangement, toward its successful conclusion and review on the basis of the proposals of, on the one hand, the Greek government and, on the other, the institutions.