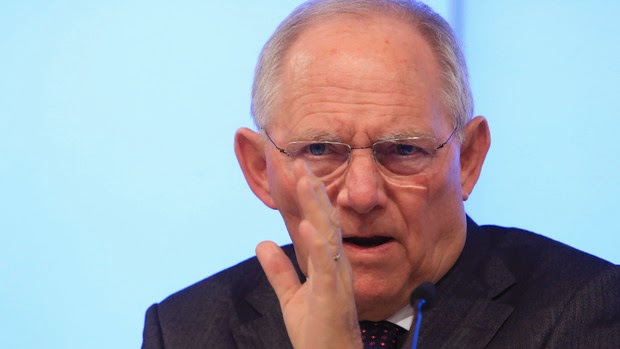 As Europe's high-stakes debt negotiations with Greece reach an impasse, Germany has appeared surprisingly willing to drive the country out of the euro, regardless of the potentially dire repercussions for Italy, Portugal, Spain and the entire currency union. One possible explanation for Germany's brinkmanship: Its banks have a lot less to lose than they once did.

When the European debt crisis first flared up in 2010, Germany's finances were closely linked to those of the euro area's more economically fragile members. Its banks' claims on Greece, Italy, Portugal and Spain -- including money lent to governments and companies -- amounted to more than 350 billion euros ($400 billion), about equal to all the capital in the German banking system. If the periphery countries had forced losses on private creditors, which they arguably should have done, Germany would have had to recapitalize its banks or face an immediate meltdown.

The picture is very different now. The European Central Bank, the International Monetary Fund and other taxpayer-backed creditors have pumped hundreds of billions of euros of loans into the periphery countries, making it possible for German banks to extract themselves with minimal damage. Thanks in part to this back-door rescue, the banks have also been able to raise some capital. As a result, they are in much better shape to withstand a Greek disaster. As of September 2014, their claims on Greece, Italy, Portugal and Spain had declined to about 216 billion euros, or 46 percent of capital.

More
Posted by Yulie Foka-Kavalieraki at 10:55 AM