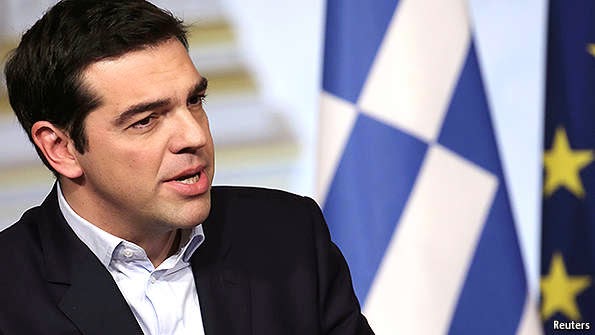 The governing council of the European Central Bank (ECB) took a decision on February 4th that will have the effect of making Greek banks rely heavily on “emergency liquidity assistance” (ELA) within a week’s time. That sounds ominous. So what exactly is ELA and why does it matter so much?

As its name implies, ELA is an exception to the rule. The rule is that the 19 national central banks in the euro zone, which implement the ECB’s monetary policy, provide liquidity to banks at interest rates set by the council, provided that the banks post eligible collateral, such as government bonds with acceptable credit ratings. In these standard monetary operations the 19 central banks share the risk of any losses, in proportion to the size of their economies and populations. But what happens if banks run out of acceptable collateral? Then they must draw upon ELA. They still get the funding they require, but it is provided by the national central bank at its own risk and at a higher interest rate. Although the central bank in question can instigate such help, it must inform the ECB within two working days—and the provision of ELA is vetted by the governing council. If it decides that such support is at odds with “the objectives and tasks” of the Eurosystem (the ECB together with the 19 national central banks), the council can restrict the ELA, provided that a majority of two-thirds backs such a step.