The skirmish is over — let the Greek debt battle begin 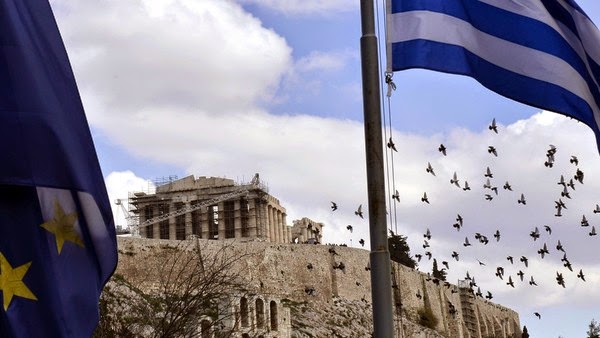 If this was meant to be the challenge to German economic orthodoxy, it failed. The compromise reached in Brussels on the extension of the Greek bailout was not the deal the new Syriza government sought. Its negotiating position was weak for two reasons. On Friday, Greek depositors transferred more than €1bn of bank deposits abroad. The bank system would have collapsed within days without an extension. And Athens had no plan for a euro exit. It had no choice but to cut a deal in which the Germans prevailed on all the substantive issues.

Then again, the deal runs for only four months — time to prepare for the battle that matters most: determining the long-term trajectory of the Greek fiscal position. Under its old agreement with creditors, Athens was meant to run a primary budget surplus — before payment of interest on its debts — of 3 per cent this year, and 4.5 per cent in 2016. The EU wants Greece to pay down its debt, currently 175 per cent of gross domestic product, to 110 per cent by 2022.

Economic history tells us adjustments of such scale do not work because electorates do not stand for it. One of Syriza’s main pre-election demands was a debt conference, in which Greece and its creditors would agree a formal “haircut” — a reduction in the nominal value of the outstanding debt — to allow the country to remain in the eurozone. The lower the level of the debt, the lower the required primary surplus needed to achieve any given debt target.