Take Europe's Keys Away from Germany 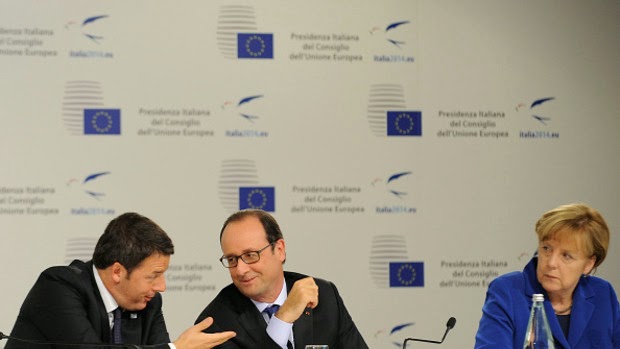 We've all been there. Two members of a circle of friends fall out over money. Neither can see the other's point of view. Miscommunication causes friction. Suddenly years of camaraderie threaten to disintegrate. At which point, it's up to the rest of the gang to build bridges by taking the chief antagonist to one side and having a quiet word.

Yesterday's astonishing sequence of events -- Greece requesting a six-month extension and the European Union declaring that a basis for negotiation, only for the German finance ministry to trash the idea as a "Trojan horse" -- is unbecoming of a project as grand as the euro, especially at such a critical juncture. It doesn't help that much of what passes for negotiation is being conducted via leaks, Tweets and insults.

Germany's peers need to remind Finance Minister Wolfgang Schaeuble that they, too, have skin in the game. Germany may have the loudest voice in the euro project and have paid the most into the bailout package currently keeping Greece afloat. That doesn't give it exclusive rights to play the bouncer at Europe's party.