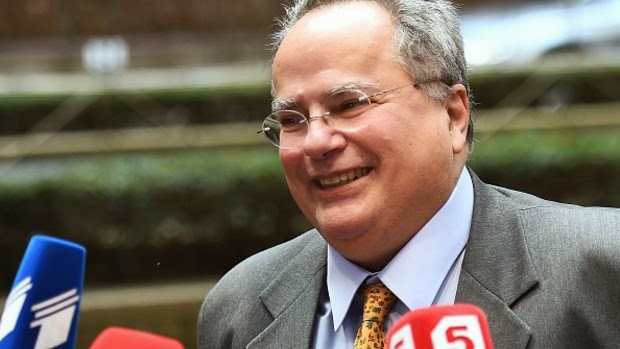 It ought to be possible for euro-area members and Greece to strike a deal on the country's debt. Coming to agreement on deterring Russia's warmongering may prove harder -- though it's just as essential to peace and prosperity in Europe.

The new Greek foreign minister, Nikos Kotzias, has already watered down an EU statement on Russia to the point that it carries no threat of additional sanctions should President Vladimir Putin expand the conflict in eastern Ukraine. That means Putin faces no extra cost for pushing more troops and tanks across the border to help separatists seize more territory. Now, of course, Ukraine's allies are considering a shift to the battlefield to deter him.

So what underpins Kotzias' support for Russia? He has reportedly visited the Russian ultra-nationalist ideologue Aleksandr Dugin several times in Moscow, and in 2013 invited him to speak at the university in Greece where he was teaching. This may just be evidence of academic curiosity and open-mindedness -- Kotzias has denied any link to Dugin.