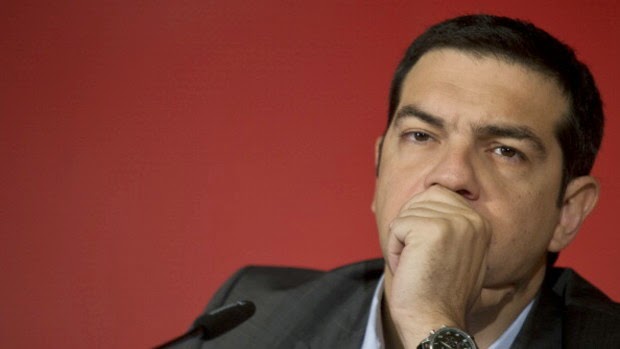 It's widely assumed that the European Union will cave to Greek demands to write off some of Greece's debt. What, however, if it doesn't? A Greek exit from the euro and even the European Union is not the only alternative: The fall of the far-left Syriza government in Greece is another distinct possibility. The EU's ponderous, compromise-prone decision-making machine can be tough when challenged by mavericks -- just ask David Cameron or Plamen Oresharski.

When Alexis Tsipras visited a World War II memorial shortly after becoming prime minister to remind Germany that it owes Greece for Hitler-era crimes, German Chancellor Angela Merkel probably could not help but see it as an extension of Syriza's earlier rhetoric comparing her government to the Nazis. It should be no wonder German Finance Minister Wolfgang Schaeuble is unwilling to discuss writing off Greek debt after Syriza's newspaper described him as a "Gauleiter" and no one from the Greek leadership addressed the insult.

Instead, they mostly keep talking as if their election campaign were still on. Finance Minister Yanis Varoufakis on Sunday compared Greece's international bailout to an addictive drug. "We have resembled drug addicts craving the next dose," Financial Times quoted Varoufakis as saying. "What this government is all about is ending the addiction." The finance minister's point is that Greece doesn't want the next tranche of the bailout: It would rather go "cold turkey". To EU and German officials, this will sound like a rejection of help that cost them much effort and domestic political goodwill.