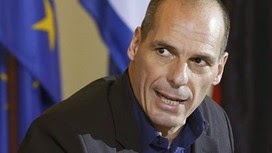 Like many young Athenians, Costas Nikoloudis has not had much to cheer about of late. At 25, the physical education graduate has survived on odd jobs, such as a part-time post as a security guard. He is currently unemployed and living with his parents.

But he was strangely chipper, even ebullient, this week after watching Greece’s new government, led by the leftwing Syriza party, in action. “It was great to see how they talked straight to the big guys, [French President François] Hollande and [German finance minister Wolfgang] Schäuble,” Mr Nikoloudis said. “It made you feel a lot better.”

Never mind that Alexis Tsipras, the Greek premier, and his flamboyant finance minister, Yanis Varoufakis, ran into a wall of resistance during a bruising European roadshow. They tried, and failed, to win leniency from the European Central Bank and the German government over the terms of the country’s international bailout.

But in the process, they seemed to restore some sense of dignity to Greeks beaten down by four years of unremitting austerity.