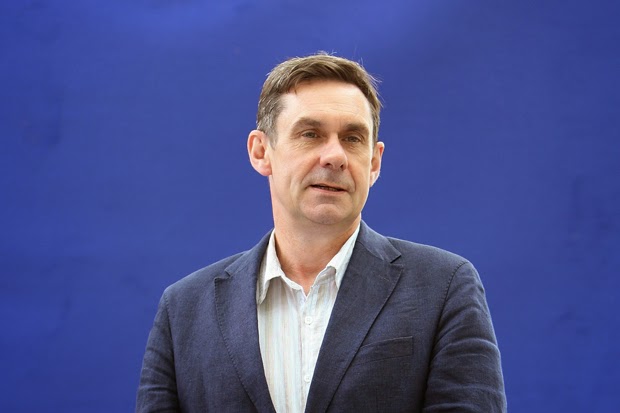 It’ll be a Skype interview, says the producer from Greek television, and not live. In TV-speak that usually means not urgent and not important, but I’ve become vaguely interesting to Greeks because of the ‘Moscovici draft’ — a doomed attempt to resolve the crisis, leaked to me amid denials of its existence. The interview goes on a bit and the tone is deferential. At the appointed time, I fire up Greek television to see how many clips they’ve used. Instead of me, a panel of five bearded men in an expansive studio are conducting an earnest preview of my interview. When it starts, my face is on a studio screen twice the size of a human being and it turns out that Greek Skype is good enough to reveal what flavour of dog food you have smeared on your glasses and whether you have combed your hair. Afterwards, as the panel reconvenes, the words Πολ Μέισον (Paul Mason) begin to trend on Twitter. Some suggest a square in Athens be renamed after him. Others that he is a wanker.

Wednesday. I come off air and go straight to a fundraiser for a documentary my Greek colleagues are making about Syriza. For a news reporter, documentaries are the opposite of our daily reality. In the world of news coverage, doors open. In the world of documentary-making, they are slammed in your face. The audience is a mix of Syriza activists and bourgeois philhellenes, many of whom have never been to this part of London, an alley in Soho that runs beneath what used to be the Raymond Revuebar. The owner of the space is a Greek entrepreneur who has turned a former sex shop into an art gallery. ‘You should have seen what we had to clear out of here,’ he whispers. ‘I mean, I just don’t understand the British. The canes and stuff, OK, because of public school. But what would you want with a three-inch dildo?’