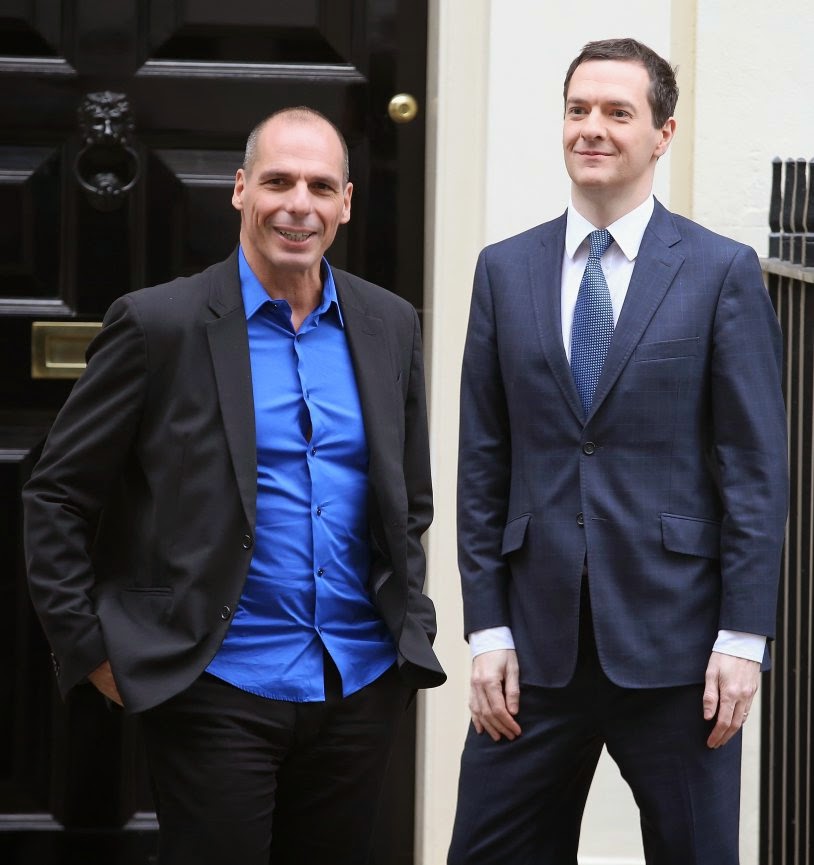 “George Osborne chats to random clubber on the street after a night out. Oh no wait, it’s the Greek finance minister.” It was one of the cleverer tweets to issue from the visit to London on Monday of Yanis Varoufakis, the man who was last week appointed to one of the toughest jobs in the world. In the accompanying photograph, the two men pose in front of 11 Downing Street — Osborne in a dark suit and tie, his Greek counterpart in a leather jacket over an untucked bright blue shirt, trousers and boots.

As Minister of Finance in Greece’s radical new coalition, Varoufakis was bound to attract attention. After all, the new government, made up of the of the hard-left Syriza party, which nearly won an outright majority in the January 25th election, and the right-wing nationalist Independent Greeks, has made it clear it has no interest in completing the stabilization program overseen by the troika (the European Commission, the European Central Bank and the IMF). Instead, it is keen to renegotiate the conditions of its bailout, in the direction of greater debt relief, less austerity and a repeal of what it deems destructive neoliberal reforms. Germany, the main author of the spirit of that programme, is in no mood for such a negotiation especially if it means losses for German taxpayers.

So Varoufakis, who is touring European capitals this week to drum up support for Greece’s quest for a new deal, has his work cut out for him. But despite the size of the challenge and his lack of policy or executive experience, not to mention his infelicitous debut alongside Eurogroup head and Dutch Finance minister Jeroen Dijsselbloem in Athens last Friday, the 53-year old economist seems undaunted.