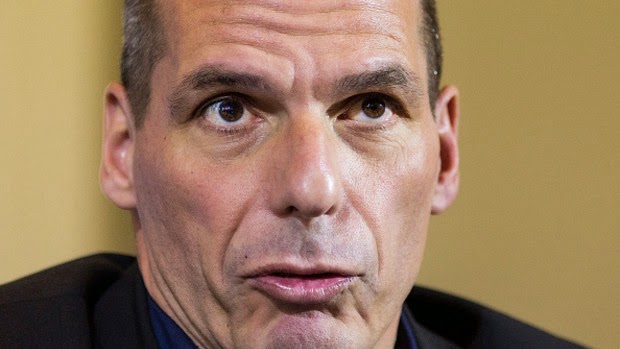 Tonight Greece's new finance minister, Yanis Varoufakis, is scheduled to make a proposal to his European Union counterparts. The importance of this negotiation would be hard to exaggerate: At stake is the future of the euro system.

The details of Greece's new offer on fiscal policy and debt will matter -- but not as much as a willingness on both sides to come to terms. So far, there's been too little sign of that. Greece and the rest of the EU have been talking as though Greece's exit from the euro system was an option they were willing to consider. That is a reckless message to send to investors.

Varoufakis continues to insist that Greece cannot and will not abide by the terms of the bailout program agreed to by the previous Greek government. When the program expires at the end of this month, Greece will refuse to extend it. Varoufakis wants a bridge loan while talks take place on the consolidation of Greece's enormous external debts. So far, the rest of the euro area has said, "No way."

More
Posted by Yulie Foka-Kavalieraki at 7:58 AM