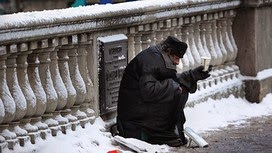 Ireland’s unofficial motto used to be Céad míle fáilte — a hundred thousand welcomes. Since the country entered its financial crisis seven years ago, those warm words have been displaced by something more strident: “We are not Greece”.

As the commentator Fintan O’Toole noted in a piece for the Open Democracy website recently: “If government ministers and technocrats wore T-shirts, this slogan would be imprinted on those in charge of managing the crisis that hit Ireland in 2008.”

Yet as eurozone finance ministers meet in Brussels on Monday to press Greece to seek an extension to its €172bn bailout, Irish ministers seem insistent that Athens complete every last yard of its gruelling austerity programme just as the Irish did. “They’re saying, ‘We’ve done our homework, it wasn’t easy, and part of the homework is keeping Germany happy, and the Greeks are being unrealistic’,” says Tom Healy, director of the Nevin Economic Research Institute.