In Greece, Bailout May Hinge on Pursuing Tycoons 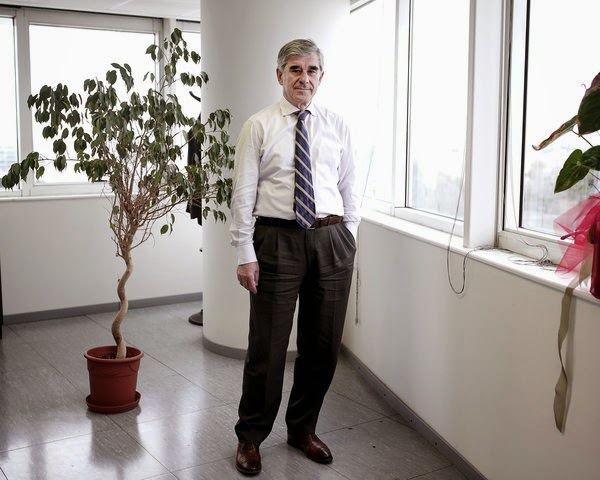 As he sifted recently through a sheaf of Greek bank accounts held by executives, politicians and other members of the Greek elite, Panagiotis Nikoloudis, the nation’s new anti-corruption czar, was struck by some troubling numbers.

A man who was claiming unemployment benefits and declared zero income on his taxes had more than 300,000 euros, or $336,000, stashed away at his bank. Another, who told the tax authorities that his annual income was just €15,000, turned out to have €1.5 million in various bank accounts.

Mr. Nikoloudis estimated that the men had bilked Greece’s Treasury of thousands of euros in tax revenue, even as other Greeks struggled under the government’s austerity budgets and embattled economy.

“I have nothing against rich people,” said Mr. Nikoloudis, a financial crimes specialist, leaning into a table one recent afternoon in his office in western Athens. “I’m against dishonest rich people. And I’m here to get them.”

For years, Greece has been trying to attack corruption and tax evasion, from the smallest taverna owner to the nation’s most powerful oligarchs. Now, Prime Minister Alexis Tsipras is vowing to take far more action than previous administrations in cracking down. He says his government, led by his leftist party, Syriza, will succeed because having never held power, it is not beholden to the entrenched interests that have long fought to maintain the status quo.