'Grexit' would be no easy ride for austerity-weary Greeks 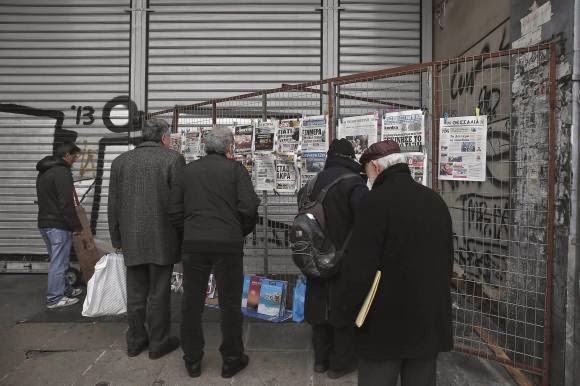 "Grexit" would be sudden, sharp and probably conducted in the dark of night; if Greece were to quit the euro, it would also mark the beginning of a long, hard road - for some harder still than the one already traveled.

The new leftist government wants to keep the country in the currency union, as do its euro zone counterparts. But if they fail to agree a deal to replace or extend a bailout program that expires on Feb. 28, Greece faces the risk of a euro exit - "Grexit" in market shorthand - forced by bankruptcy and default.

Such a scenario would demand a rapid official response as remaining public confidence in the Greek economy evaporates. Capital controls would have to be imposed to stop an uncontrolled flight of cash abroad. They would come when banks and financial markets were closed.

Then the country would need a new currency, one that history suggests may initially be so weak that already cash-strapped Greeks and local businesses would lose much of their savings. This would be accompanied by a huge jump in inflation.