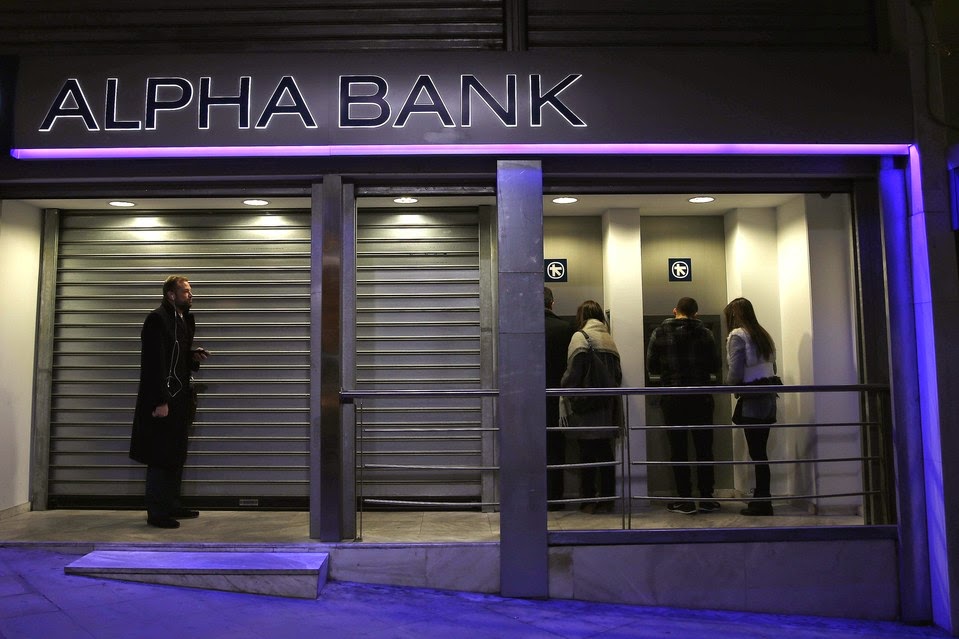 Athens may be in danger of default, but Greece is awash in cash.

Worry over Greece’s membership in the euro has prompted the withdrawal of more than €20 billion ($23 billion) in recent months, government officials say. Most of the money has remained in Greece, squirreled away in kitchen cabinets, flowerpots and under mattresses.

The outflows began in December in anticipation of elections that brought a leftist coalition to power. The withdrawals have cut the deposit base in Greece to about €145 billion from €164 billion in late November, forcing the European Central Bank to raise the amount of emergency liquidity it extends to Greek banks. 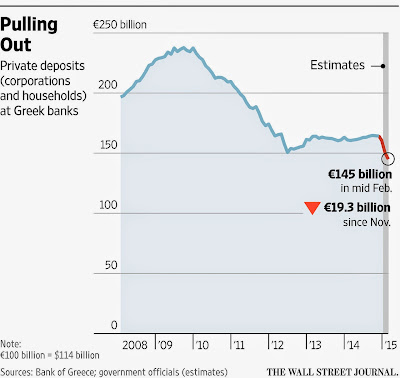 Late Friday, Greek officials were huddled in Brussels trying to break an impasse with Germany and other countries over the terms for further assistance. But with Greece heading into a three-day weekend and rumors spreading of pending capital controls, many deposit holders didn’t want to take a chance.