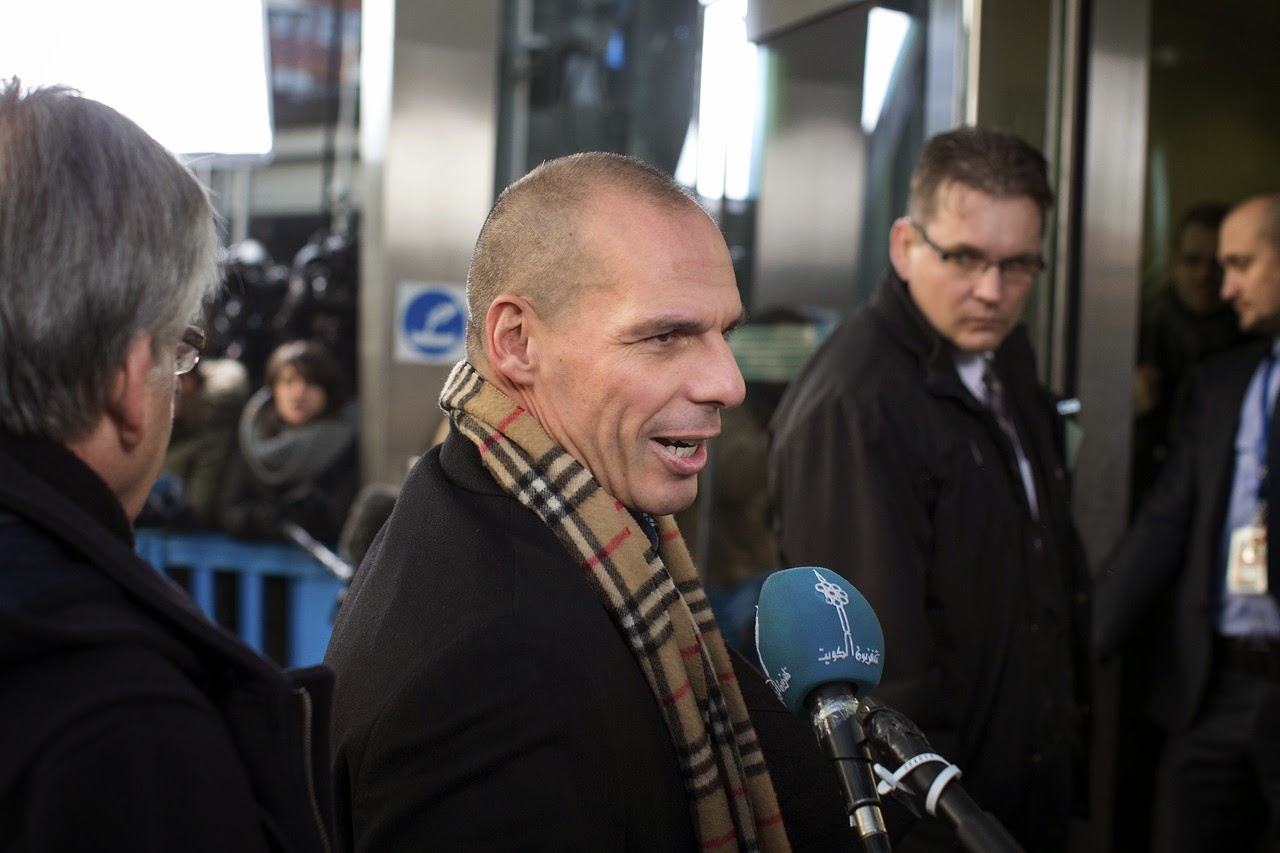 At meetings of eurozone finance ministers on Monday night and last week, European Central Bank President Mario Draghi warned Mr. Varoufakis that such statements threatened to accelerate the flight of deposits from Greek banks, officials present at the meetings said.

“Draghi was urging him to be careful,” said one official who was present Monday. “Careless communication is not good for the banks.”

Mr. Draghi’s warning points to a string of incidents in which the brash style of Greece’s new left-wing government—and particularly of Mr. Varoufakis—has breached unwritten rules of eurozone decorum.

“It’s a culture clash,” the official said. “It’s 18 finance ministers sitting around with a funky, radical academic economist who’s never been in government before.”

Posted by Yulie Foka-Kavalieraki at 3:39 PM