Greek lessons for the IMF 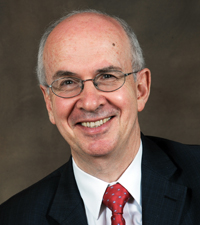 With Greece now well on its way to exiting the euro, it is not too early to draw lessons for the International Monetary Fun (IMF) from its unfortunate Greek lending program. Since never before has the IMF lent to a single member country on the scale that it has done to Greece. And never before has an IMF lending program of significance produced such disappointing results.

Under normal circumstances, the IMF is not supposed to lend to a country in a single year more than 200 percent of its IMF quota and not more than 600 percent of quota on a cumulative basis. However, as the IMF's lending to Greece over the past five years amply testifies, under the IMF's "exceptional access" lending policy, there are virtually no limits on how much the IMF can lend to an individual country. Despite the IMF's rules that it is not supposed to resort to exceptional access lending when a country's public debt is unsustainable or when the chances of program success are not good, the IMF has managed to lend to Greece some 1,860 percent of quota. That is more than three times the normal maximum IMF limit for such lending.

When U.S. Treasury officials are questioned in Congress as to whether IMF lending might not put U.S. taxpayer money at risk, they routinely point out that in its 70-year history, the IMF has not had a country of significance default on its IMF loans. However, what Treasury officials omit to inform Congress is that the IMF has never loaned on the scale that it has done in recent years to countries in the European economic periphery. In particular, they fail to note that currently the IMF has loans outstanding to Greece in the amount of around $30 billion. That sum amounts to around 15 percent of Greece's gross domestic product (GDP) and around half its total exports of goods and services. This has to raise serious questions as to whether the IMF will in the end be repaid.