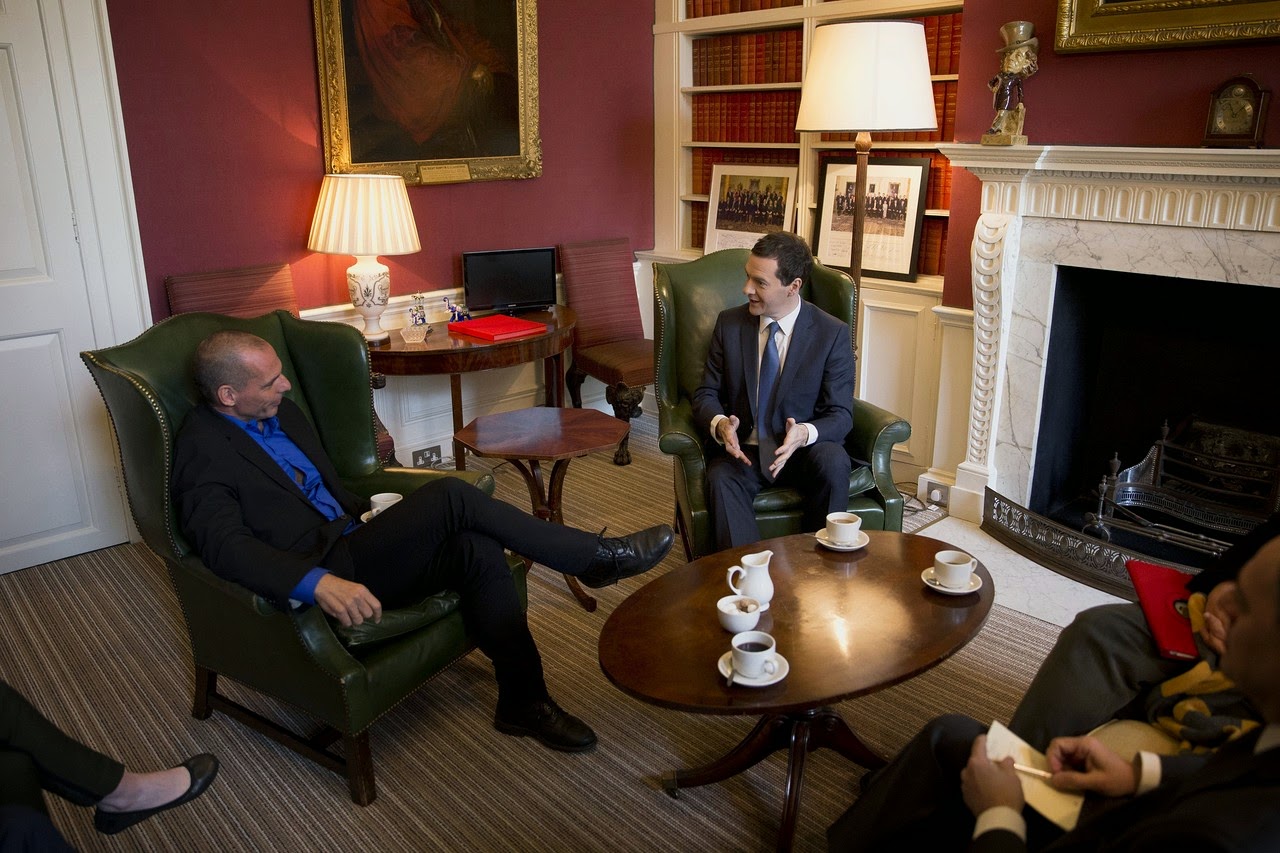 The standoff between Greece and the eurozone over the terms of the country’s bailout is fast becoming the biggest risk to the global economy, U.K. treasury chief George Osborne warned Monday, pushing for the sides to act to stem the danger.

“In Europe, as in Britain, now is the time to choose competence over chaos. I urged the Greek finance minister to act responsibly, but it’s also important that the eurozone has a better plan for jobs and growth,” he said in a short statement.

Greek Finance Minister Yanis Varoufakis met Mr. Osborne in London as part of a tour of European capitals to seek to convince eurozone countries to roll back the heavy austerity imposed as part of his country’s €240 billion ($271 billion) bailout—a stance firmly at odds with Germany, the continent’s economic powerhouse.