Greece’s Syriza and Europe must be patient and pragmatic 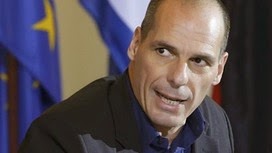 For a cash-strapped government, pleasing both one’s creditors and one’s voters is always tricky. The letter sent this week from Greece’s Syriza government to the eurogroup of finance ministers was a list of pragmatic concessions wrapped in the language of ideological defiance.

The proposals are intended to win Greece an extension of the current bailout programme for four months, whereupon a comprehensive revision of the terms and conditions of the rescue can take place.

Overall, its tone seems reasonable and represents a welcome retreat from unrealistic promises Syriza has made to its voters. Yet the cool response to the letter from the other two creditor institutions in what Greece no longer wants to call the “troika” — the International Monetary Fund and the European Central Bank — highlights how much trust has been damaged in the course of fractious negotiations.

Having sensibly left most of the business of negotiating the programme to the eurogroup, the ECB nonetheless felt the need to raise the alarm about the weakness of Greece’s promises. In particular it issued a cryptic warning about the need to “stabilise the payment culture”, assumed to be concern about plans for a freeze on banks foreclosing on mortgages. The IMF said it was worried about the failure to make firm commitments in a number of areas, including reforms to Greece’s chaotic VAT regime and sclerotic labour market.