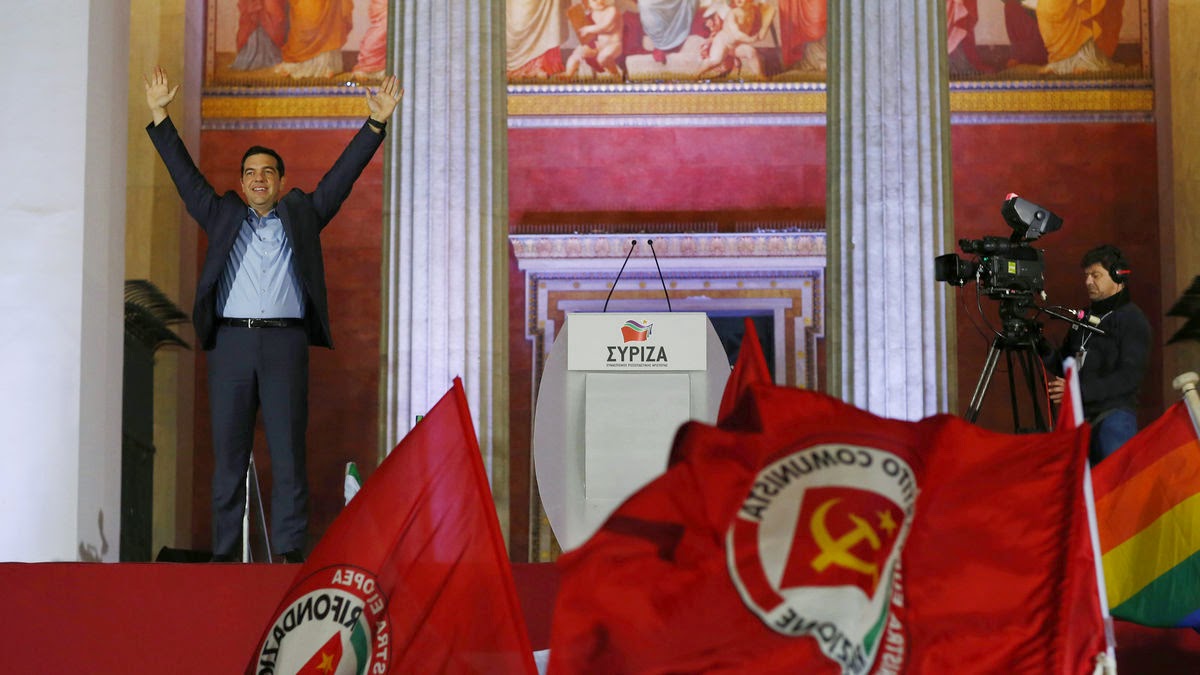 Greece’s anti-bailout governing coalition wants to reduce the country’s debt burden. Who’s on the hook if they succeed?

Prime Minister Alexis Tsipras has pledged to repay in full obligations to the International Monetary Fund and the European Central Bank. Finance Minister Yanis Varoufakis outlined plans to swap some debt into new securities and link repayment with economic growth. Both have said private investors won’t be asked to shoulder additional losses after taking the hit in two restructurings since the start of the euro financial crisis.

Euro-region governments and the crisis-fighting fund they set up in 2010 are owed almost 195 billion euros ($221 billion) by Greece, mostly in emergency loans. That’s about 62 percent of the total debt and compares with 17 percent held by private investors.

Governments and national central banks are also contributors to the ECB and the IMF so taxpayers would be exposed should Greece go back on its pledge to make those creditors whole.