Greece runs out of funding options despite euro zone reprieve 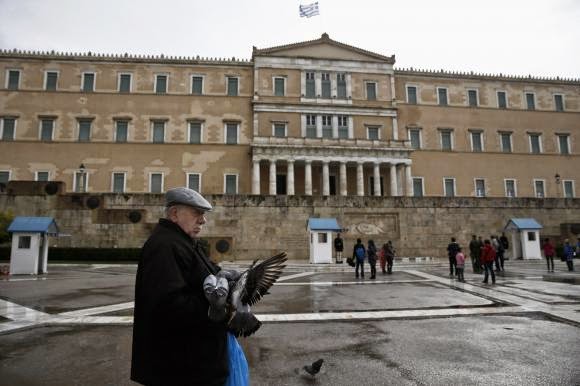 Greece is running out of options to fund itself despite a four-month bailout extension, raising pressure on Athens to quickly implement reforms it has vocally opposed or default on debt repayments in a matter of weeks.

Eurozone and IMF creditors gave Greece extra time until the end of June to complete the bailout program and receive the remaining 7.2 billion euros but it will not be allowed any funds until it passes a review that could take weeks to negotiate.

Shut out of debt markets and faced with a steep fall in tax revenues, Athens is expected to run out of cash by the middle or end of March. Its finance minister has warned that Greece will struggle to repay creditors starting with a 1.5 billion euro IMF loan repayment due in March.

Athens has been looking for quick fixes to tide it through the coming weeks but has not found one yet.