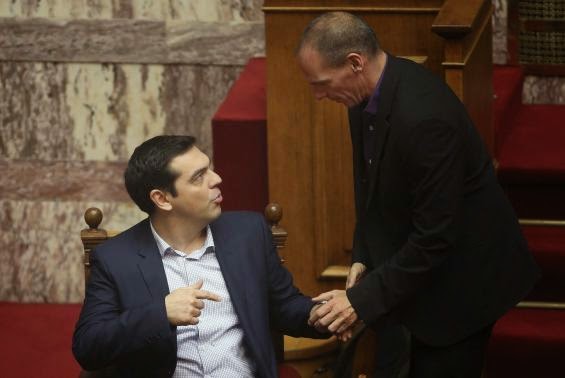 Greece's new government was isolated at its first meeting with senior euro zone officials but will have a chance to put forward its plans at a special meeting of finance ministers of the currency bloc next week, EU officials said on Friday.

Eurogroup finance ministers will discuss how to proceed with financial support for Athens at a special session next Wednesday in preparation for talks among European Union leaders on the issue the following day.

The meeting, to start at 1630 GMT in Brussels, will be a chance for the leftist-led government elected on Jan. 25 to explain how it wants to reform its economy and consolidate public finances while respecting commitments that previous Greek governments accepted.

Euro zone officials made no progress at a preparatory meeting on Thursday evening because the positions of Athens and other euro zone countries were so far apart.