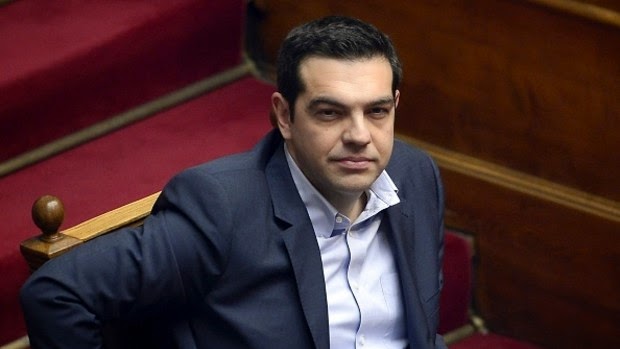 As the European Union and Greece wrangle over the future of the latter's bailout, it's useful to put the Greek demands for debt relief in perspective. The far-left government of Alexis Tsipras says it must cut the country's debt to restore "dignity" to impoverished Greeks. But there are poorer nations in the EU whose debt burdens are heavier than Greece's: according to Tsipras's logic, those countries' dignity is under far greater threat than Greece's. Rather than give Greece special treatment, the EU should be encouraging it to follow the responsible example set by its poorer neighbors.

There are plenty of countries in Europe with debt problems. In 2014, Greece paid 4.3 percent of its gross domestic product to service its debt. That’s a smaller percentage than paid by Portugal and Italy (on this chart of interest payments on government debt as a share of GDP, Greece is denoted by the acronym EL, Portugal is PT and Italy is IT): 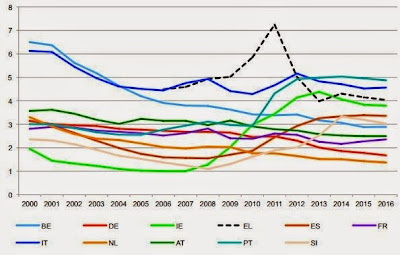 In 2012 -- the latest year for which such data are available from Eurostat -- Greece had a per capita disposable income (taking into account purchasing power parity) of 15,172 euros ($17,209 at the current exchange rate). That puts it in the same economic weight class as Portugal, which had an average income of 15,824 euros. But Portugal managed to exit its own bailout in May 2014 without demanding debt relief the way Greece is doing now.