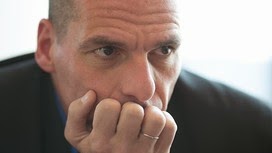 Yanis Varoufakis, the new finance minister, outlined the plan in the wake of a dramatic week in which the government’s first moves rattled its eurozone partners and rekindled fears about the country’s chances of staying in the currency union.

After meeting Mr Varoufakis in London, George Osborne, the UK chancellor of the exchequer, described the stand-off between Greece and the eurozone as the “greatest risk to the global economy”.

Attempting to sound an emollient note, Mr Varoufakis told the Financial Times the government would no longer call for a headline write-off of Greece’s €315bn foreign debt. Rather it would request a “menu of debt swaps” to ease the burden, including two types of new bonds.