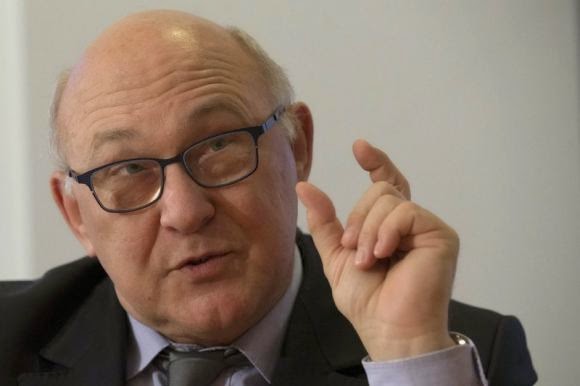 France's finance minister warned Athens against any attempt to play Paris off against Berlin over Greece's debt crisis, saying a Franco-German agreement was key to striking a deal that would help Greeks and ensure they met their commitments.

Greece's demand for time to negotiate a "new deal" with its EU peers is reasonable as long as it comes up quickly with the basis for a reform plan that can be gradually beefed up, Michel Sapin told Reuters in an interview a day after he met Athens' new finance minister.

The new, anti-bailout government led by the radical leftist Syriza party must start by offering commitments to the European Central Bank to ensure its banks keep getting liquidity, Sapin said at the Reuters Euro Zone Summit.

"There is no point in playing euro zone countries against each other, and especially not France and Germany because ... a solution that helps Greece while making sure it meets its commitments will have to go through an agreement between France and Germany," Sapin said late on Monday.

More
Posted by Yulie Foka-Kavalieraki at 11:14 AM