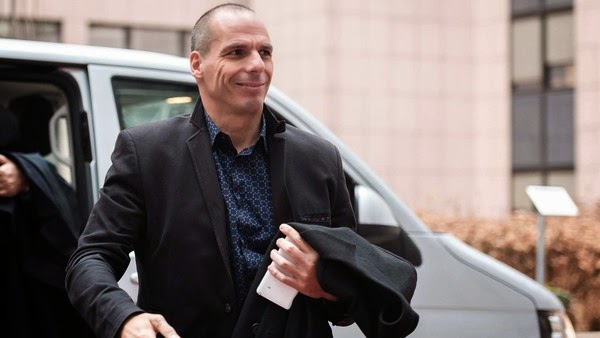 A crucial meeting of eurozone finance ministers over the future of Greece’s bailout broke down in acrimony after Athens angrily rejected the bloc’s insistence that it agree to complete its current €172bn rescue as “absurd” and “unacceptable”.

It is the second time in five days that negotiations between the new anti-austerity Greek government and its eurozone creditors have collapsed and it means Athens, whose public finances are deteriorating fast, could soon be left with no European financial backstop.

The eurozone gave Athens until Wednesday night to reverse course and seek an extension of the current programme, which is due to expire at the end of next week.

Jeroen Dijsselbloem, chairman of the eurogroup of finance ministers, said the time available for a Greek request was almost up: “We can use this week, but that’s about it,” he said. “There was a very strong opinion across the whole eurogroup that the next step has to come from the Greek authorities.”

Monday’s talks collapsed when Yanis Varoufakis, the Greek finance minister, strongly objected to a draft statement requiring Athens to prolong the bailout and implement the economic reform requirements that are included in the programme.

More
Posted by Yulie Foka-Kavalieraki at 12:19 AM