Greece and the Euro, All Over Again 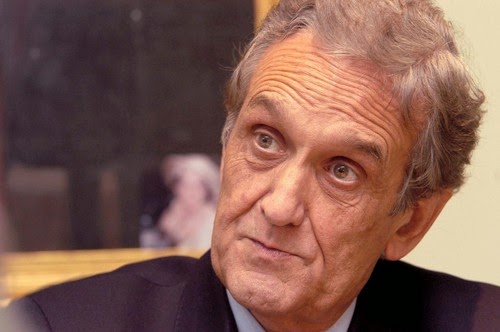 
Those whom the gods would destroy....
--Euripides

The inventors of the euro thought that by artificially constructing a single currency and imposing it on the nations of Europe they would strengthen the Union they were intent on building. The effect has been to deepen its divisions. The aim, for the Germans especially, was to build a solid currency of stable value issued by an independent central bank, along the lines of the Deutsche Mark and the Bundesbank. They meant well, but the Great Recession of 2007 uncovered some defects in the design that led to a general revolt. Defective or not, the euro as originally intended is today rejected by the greater part of the Eurozone. The governments of the southern reaches of the Union are trying to create something quite different. Even Signor Mario Draghi with his Quantitative Easing seems intent on changing the euro fully into a fiat currency with no institutional limits to discretion. The ultimate reason is that voters in many member countries, not just in Greece, feel that the solid euro is too harsh a discipline given their profligate habits.

After many tries the euro was adopted in 1997 in Maastricht, a charming walled town in the Low Countries, famed for its antiques fair. A number of conditions were set for members wanting to enter the Eurozone, the principal ones being: a low rate of inflation; sustainably moderate interest rates; a balanced budget with at most a deficit of less than three per cent of GDP, and public debt equivalent to 60 per cent of GDP or less. These conditions were demanded so that the members of the future currency zone would not be too far separate as regards their financial structure and would react in harmony when an unexpected shock struck the zone. This would allow the central bank to apply the same interest rate policy to all members without unwanted effects.