Greece agrees to talk to creditors in EU debt progress 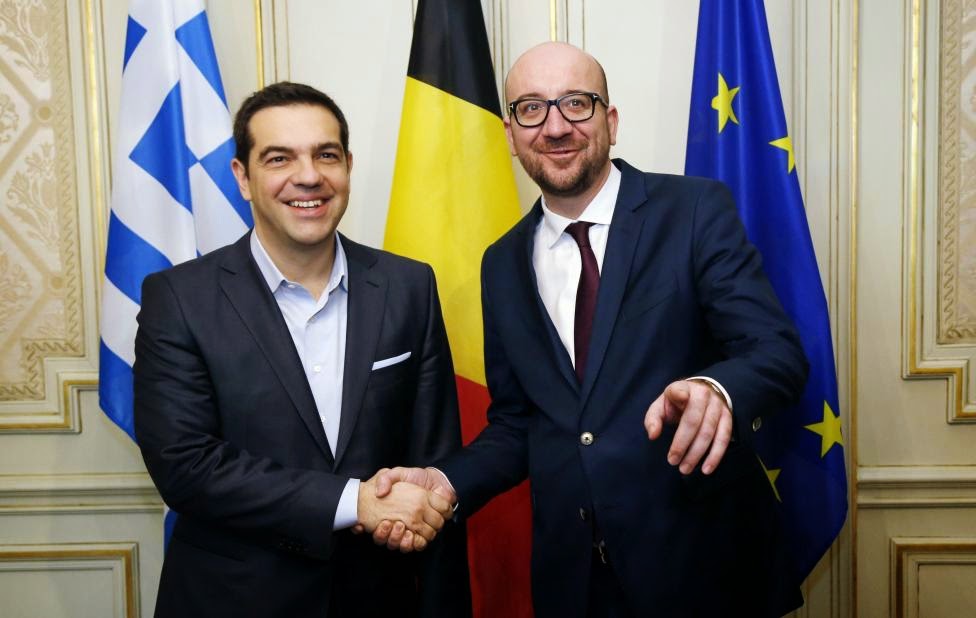 Greece agreed on Thursday to talk to its creditors about the way out of its hated international bailout in a political climbdown that could prevent its new leftist-led government running out of money as early as next month.

Prime Minister Alexis Tsipras, attending his first European Union summit, agreed with the chairman of euro zone finance ministers, Jeroen Dijsselbloem, that Greek officials would meet representatives of the European Commission, the European Central Bank and the IMF on Friday.

"(We) agreed today to ask the institutions to engage with the Greek authorities to start work on a technical assessment of the common ground between the current program and the Greek government's plans," Dijsselbloem tweeted. This, he said, would pave the way for crucial talks between euro zone finance ministers next Monday.

The shift by Tsipras marked a potential first step towards resolving a crisis that has raised the risk of Greece being forced to abandon the euro, which could spark wider financial turmoil. A Greek official in Athens said it was a positive move towards a new financial arrangement with creditors.