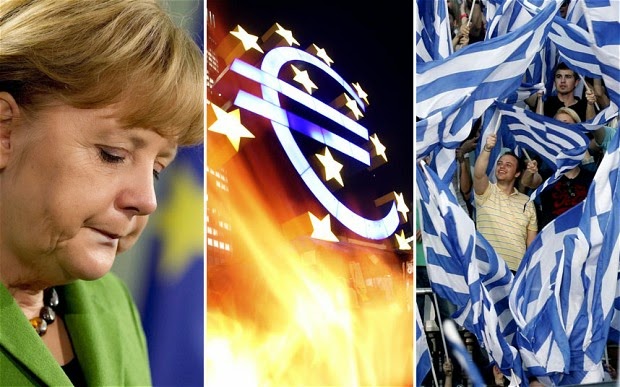 The political centre across southern Europe is disintegrating. Establishment parties of centre-left and centre-right - La Casta, as they say in Spain - have successively immolated themselves enforcing EMU debt-deflation.

Spain's neo-Bolivarian Podemos party refuses to fade. It has endured crippling internal rifts. It has shrugged off hostile press coverage over financial ties to Venezuela. Nothing sticks.

The insurrectionists who came from nowhere last year - with Trotskyist roots and more radical views than those of Syriza in Greece - are pulling further ahead in the polls. The latest Metroscopia survey gave Podemos 28pc. The ruling conservatives have dropped to 21pc.

The once-great PSOE - Spanish Workers Socialist Party - has fallen to 18pc and risks fading away like the Dutch Labour Party, or the French Socialists, or Greece's Pasok. You can defend EMU policies, or you can defend your political base, but you cannot do both.