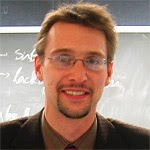 At best, it's the end of the beginning

On Friday, Free Lunch called the eurogroup meeting on Greece "the next of many high noons", and so it will prove this week. Much like previous "breakdowns in talks" were nothing of the sort, Friday's "agreement" was not one either. The FT's Peter Spiegel gives a quick summary of what the eurogroup on Friday signed off on. This was to consider extending the rescue loan if, but only if, the institutions formerly known as the troika approved the reform proposals that Athens was scrambling to write down over the weekend. So the "deal" is to keep talking, and that as soon as today.

It is a good time to clear up some more of the misperceptions riddling the running commentary. First is the notion that what Syriza agreed to on Friday differed little from what was on the table "on the day the government took office", as the Wall Street Journal's Simon Nixon puts it. That's quite wrong. A blog by Norbert Häring lists the ways in which Athens got the eurogroup to sign off on a statement that preserves a lot of negotiating space to press for a bigger rejection of the "memorandum" policies Syriza was elected to end. That's in addition to some small but substantive movement on the strictness of the fiscal targets. (In a companion piece, he argues that the German side got nothing that Greek finance minister Yanis Varoufakis had not already offered on February 11.)

Posted by Yulie Foka-Kavalieraki at 2:21 PM