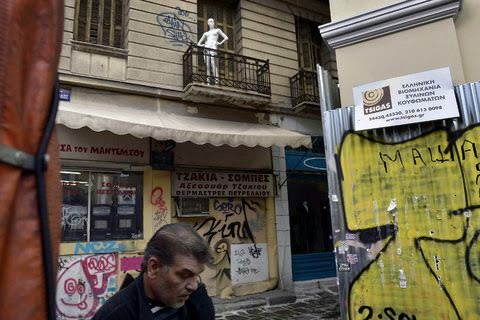 In January 2013, as Cypriot banks faced collapse, Jens Weidmann, Germany’s powerful representative at the European Central Bank, made it clear how unhappy he was with the Cyprus bank bailout.

It was not the E.C.B.’s job to “fund the gap of any bank runs,” Mr. Weidmann told the central bank’s governing council, according to confidential minutes of the meeting, citing both the Cyprus rescue and the Greek bank bailout in 2012.

As depositors yank their savings from Greek banks, the question is being asked if the E.C.B. would bail them out again. The question gained urgency late last week as the new Greek government of Prime Minister Alexis Tsipras abruptly cut off talks with the country’s lenders.

On Wednesday, the E.C.B. will meet to decide whether it should approve a move by Greece’s central bank to provide emergency loans to some of the country’s largest banks. Such short-term financing, which is more expensive than traditional loans, is provided only as a last resort, when banks are bleeding deposits and cannot obtain funds from their usual lenders.