Family Feud: The Tortured Relationship between Schäuble and Varoufakis 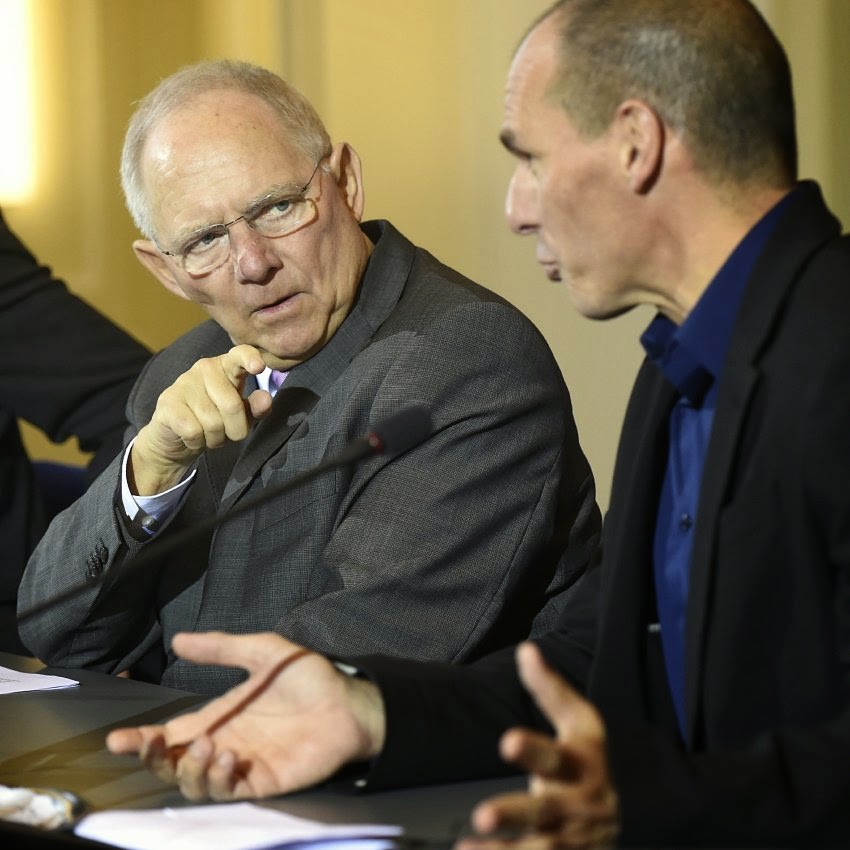 The end began in the National Theater of Greece in Athens. It was the evening of Wednesday, Feb. 18, and the work on stage was "Happy Days," a two-character play by Samuel Beckett. On stage, a not-particularly-young woman slowly sank into a pile of dirt, talking all the while. Finally, she was stuck up to her neck, but continued talking and making plans even though she could move little more than her eyes and her mouth.

Greek Finance Minister Yanis Varoufakis was in the audience. "Splendid performance(s)," he tweeted two days after the show. The evening, he wrote, was "such a relief from you know what ..."

In hindsight, the scene seems like an omen -- like a screenplay for the days to come. Theater, after all, is a reflection of humanity's existence as a whole -- and sometimes it reflects the specific existence of a Greek finance minister.

At the same time as Varoufakis was enjoying his visit to the theater, his German counterpart Wolfgang Schäuble was attending a very different show, one in which the main character was Portuguese Finance Minister Maria Luís Albuquerque. She was a guest speaker at the Bertelsmann Stiftung and used her talk to review the significant progress her country has made since almost going broke four years ago. The country's finances are now under control and economic growth has returned.

"My dear friend," Schäuble addressed her pleasantly. The warmth in his voice made him sound like a teacher who had just barely managed to prevent a student from failing out of school. Why, he seemed to be thinking, can't all finance ministers in Europe be like Maria Luís Albuquerque?