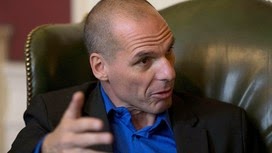 Officials from 19 eurozone governments will meet in Brussels on Thursday to examine a request from Greece to extend its €172bn rescue programme but there were already signs the proposal would be rejected.

Eurozone officials cautioned the plan — which Athens will present on Thursday morning — could echo previous proposals made by the Greek government or a compromise deal floated earlier this week by Pierre Moscovici, the European Commission economic chief.

Both have been dismissed out of hand by eurozone governments, led by Germany, who want Greece to stick to its bailout terms. Nonetheless, Athens suggested it would head in that direction when it issued as a 30-page document detailing the proposals made in recent days.

If Athens’ eleventh-hour request is rejected, officials said it was hard to see how Greece could be kept in an EU bailout programme after it expires at the end of next week. That would leave the country without emergency EU funding for the first time since the start of the eurozone crisis in May 2010 and raise the possibility the Greek government could run out of cash as soon as next month.