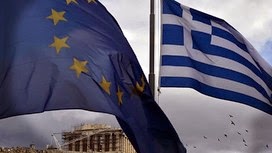 Eurozone officials are increasingly worried that Greece’s brinkmanship over its bailout will plunge the country into financial chaos after its finance minister said on Sunday that it would take up to four months to agree a “new contract” with creditors.

Yanis Varoufakis, Greece’s newly appointed finance minister, said Athens would reject any further loans under its international rescue plan, despite Greece’s €172bn bailout expiring at the end of the month. He also said he expected the European Central Bank to prop up the country’s weakened banking system until a longer-term settlement could be reached.

Mr Varoufakis said Greece had been living for the next loan tranche for the past five years. “We have resembled drug addicts craving the next dose. What this government is all about is ending the addiction,” he said, noting it was time to go “cold turkey”.

His comments on Sunday underscored the fears of eurozone officials that the Greek government was unaware of the precariousness of its financial situation.

“Everybody [in the eurozone] wants a deal,” said one senior eurozone official. “But through their actions and their rhetoric, the new government is making a lot of people upset. They are putting themselves in an impossible situation.”