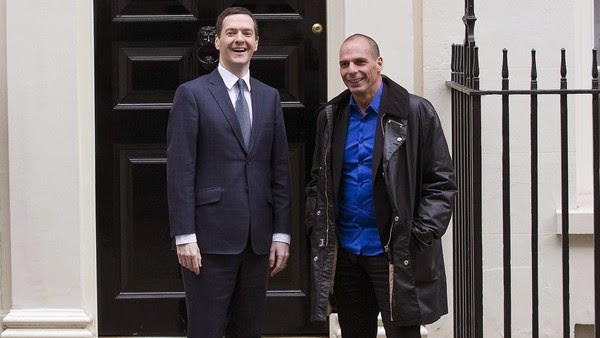 Perhaps two years before a referendum on EU membership, Britain is learning how an exit might feel. On Monday, David Cameron convened an emergency meeting to prepare for the possibility of Greece leaving the eurozone. This would hit the UK economy, officials warned afterwards. Yet the prime minister has no power to shape the outcome.

Yanis Varoufakis, Greece’s new finance minister, might have flattered George Osborne by coming to London before visiting Berlin, but no one on the continent of Europe cared a jot about the discussions. The chancellor says the risks of “a very bad outcome” are rising, but no one who matters is listening. They likewise ignored Mr Osborne’s hyperbolic and incorrect warnings in 2011 that his eurozone counterparts had six weeks to save the single currency.

Britain’s bystander role is at its most absurd when delusions of importance persuade domestic policy makers to tell the eurozone how to run its affairs. If Mark Carney’s ambition in lecturing continental European policy makers was to gain easy headlines in the British media, his speech in Dublin last month was a triumph. As an attempt to influence the eurozone debate, it was an abject failure, mostly ignored and occasionally lampooned.