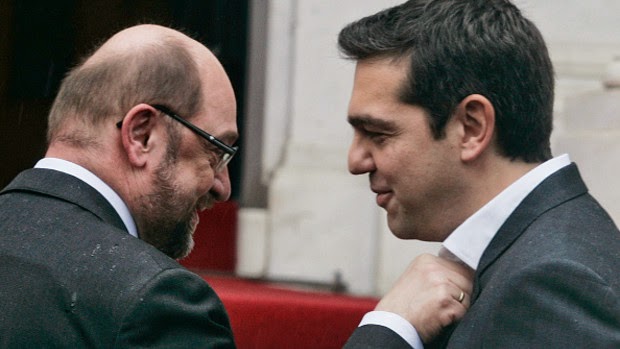 In November 2011, I hosted a dinner for senior German bankers that was dominated by heated debate over the continuing Greek financial crisis. They were adamant that Greece should not again be rescued by Germany and its European partners or the International Monetary Fund. I argued that a further bailout was the only option.

It wasn't because I disagreed with their view that the Greeks were largely the authors of their own misfortune. I simply believed the European banking system was too weak to survive a Greek default. The turmoil that would follow, I argued, would pose a direct threat to the euro and the world economy. Contagion was simply too big a danger -- a view European Union leaders seemed to share when they announced the second Greek bailout a few days later.

Three years on, infection remains a serious risk. But the disease is different, and the patient is stronger. While the European economy remains in the doldrums, its banking system and the world economy are in a better state. That's why it's now essential for Europe’s leaders to insist that Greece’s new government stick to its financial commitments, regardless of what it promised the electorate.