Europe and Greece Are at War Over Nothing 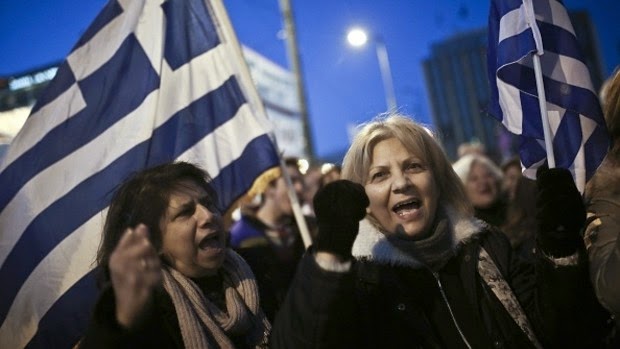 Even by the demanding standards of European dysfunction, the continuing standoff between Greece and the other euro countries is impressive. On substance, the distance between the two sides has narrowed almost to nothing -- yet the stalemate and the risk of a new financial crisis drag on as if it were vast. The EU is staking the future of its monetary union not on principles but on semantics.

Initially, the new Greek government was at fault for making reckless election promises and presenting these to its European Union partners as non-negotiable. It has since climbed down a long way -- in particular, dropping its demand for big debt write-downs. Now it wants a new bailout with softer terms and a temporary arrangement to bridge the financing gap between the present deal and the new one. Reportedly, it's even willing to call this bridge an "extension."

With Germany's government leading the demand for strict propriety, Europe's response has been to say that the current program must be successfully concluded, perhaps with some flexibility, before anything else can be discussed.