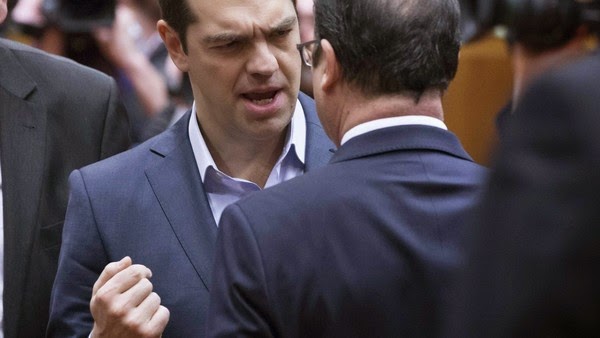 The European Central Bank has extended another €5bn in emergency loans to banks in Greece, following fears that a spate of withdrawals could leave lenders in the country short of funding.

The ECB decision, made after a call with members of its governing council on Thursday, came as Alexis Tsipras, Greek prime minister, took his case for a new financial rescue deal to an EU summit in Brussels.

The move is a sign of mounting strains on Greece’s financial system as brinkmanship between Athens and its eurozone partners over the terms of its bailout threatens to leave the country with no European financial support in little over two weeks. The two sides failed to establish any common ground at a meeting of finance ministers on Wednesday night.

The request for more leeway for Greek lenders was first made last week by the country’s central bank but was refused, suggesting the ECB is trying to keep a tight rein on Greece.